Do You Qualify for an Annulment? 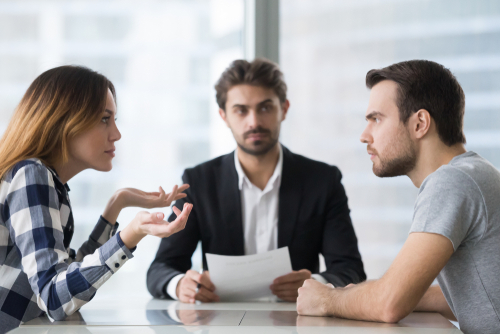 Many married couples assume that getting their marriage annulled is the easiest way to legally end their marriage. But in reality, being granted an annulment or declaration of invalidity, as it is called in Colorado, is no easy feat. Likewise, because of no-fault divorce, getting a dissolution of marriage, commonly called divorce, is a much easier way to end a marriage.

However, while divorce and annulment both end a marriage, they are actually very different from each other. With a divorce, a valid marriage will be terminated. But with an annulment, the marriage will be considered invalid and treated as if it did not actually happen at all.

Getting an annulment is difficult because it’s not enough to prove that the marriage has broken down, as is the reason for most divorces. Instead, those seeking an annulment should prove one of the below legal grounds for annulment. To know if you qualify, speak with an Aurora, Colorado annulment attorney.

Issues with Consent: One spouse lacked the ability to agree or consent to the marriage because of a mental disorder or the influence of drugs and/or alcohol. Filing the annulment petition must be made within six months of discovering that one spouse didn’t have the capacity to give their clear consent.

Age: A spouse was a minor and didn’t have the court, parent, or guardian’s consent to get married. The petitioner must file for annulment within two years of entering the marriage.

Duress : Both or one spouse got married under duress. An example of this would be one party or a third party forcing or threatening the other party to get married. In this case, the action for annulment must be brought within six months of discovering the duress.

Illegality of the Marriage : The marriage is illegal because one spouse is still married to another person, one or both parties didn’t know their marriage was illegal when they entered into it, or the spouses are blood relatives.

Dare or Joke: One spouse agreed to the marriage as a dare or joke. The petitioner must file the action for annulment within six months of discovering the dare or joke.

To learn more about how annulment works in Colorado and if you qualify for it, please contact the CNL Law Firm, PLLC, at 720-370-2171 or online to arrange your consultation with our Colorado annulment attorney.